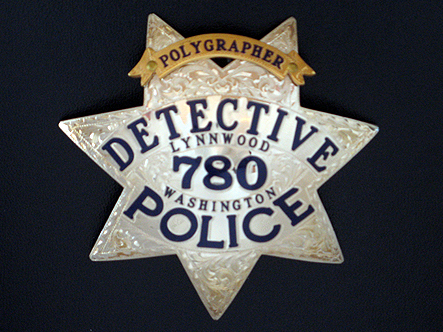 Wes Burns, MPA ~ Wes earned his Master's Degree in Public Administration from Seattle University. His undergraduate studies culminated in a Bachelor of Science in Business Administration from the University of Redlands, which included emphases in psychology, sociology, and economics. He is also an alumnus of Phi Mu Alpha Sinfonia, and holds Life Loyal Sinfonian distinction.

With over 13 years of distinguished service as a law enforcement officer and detective before transitioning to a full-time private polygrapher, Wes has conducted thousands of interviews and polygraph examinations. While seasoned in pre-employment and criminal specific exams, Wes has extensive experience in testing on sex-related issues in a clinical setting, in support of treatment and recovery, as well as for criminal matters including allegations of sexual misconduct and/or infidelity. Wes completes annual Continuing Education to maintain full memberships in the American Polygraph Association (APA), American Association of Police Polygraphists (AAPP), and the Arizona Polygraph Association (AzPA).

Wes is also a decorated U.S. Armed Forces Veteran, and served in both enlisted and commissioned capacities. He remains active in the veteran's community, and maintains memberships in the American Legion, La Societe des Quarante Hommes et Huit Chevaux (40 & 8), The Reserve Officer's Association, and the Military Officer's Association of America.

A graduate of Western Oregon State University's Polygraph School, under the direction of Stanley Abrams, Ph.D., Wes went on to intern under both law enforcement and private sector examiners.

He employs his experience and training in supervising other contract and intern examiners, and assists with offender treatment and ongoing research. In 2009 Wes completed consecutive terms as a member on the American Polygraph Association PCSOT Committee. In 2013 he completed the National Center for Credibility Assessment's Senior Examiner Course.